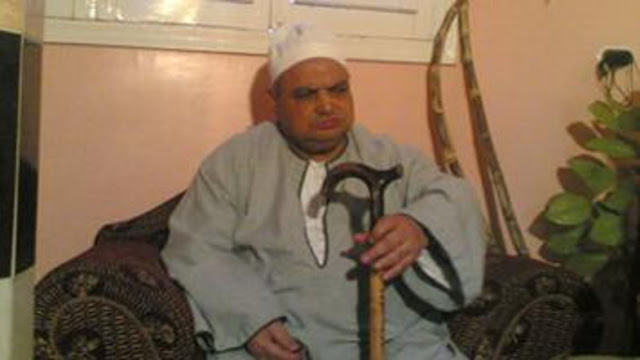 AlArabiya.net – Monday, 6 March 2017
Ali Gneish, mayor of a village in the Kafr el-Sheikh governorate in northern Egypt, is 76 years old and says he has not drank water, tea or coffee for 58 years now.
He says he has not been checked by a doctor ever since.
He has also not eaten vegetables with a high water content, such as spinach or potato.
Gneish told his story to Al Arabiya; jokingly saying so doctors are not getting any of his money. Gneish added that it all started in 1959, three months after getting married. He was so thirsty that he drank a large amount of water to satisfy his thirst; he went to the doctor who told him that water has caused him severe inflammation in his stomach.
The doctor had asked him to stop drinking water for a short period of time, until he heals from the inflammation, but this did not happen.
He added that after a while, he tried to drink water but he was in pain again. A farmer who was his father’s friend advised him to drink some sugar cane juice but he was also in pain; the same man advised him once again to drink red cane juice, and this time, it worked and he felt comforted.
Ever since, he started drinking red cane juice instead of water but the problem was in providing the juice because his village is several kilometers away from the city where there are cane juicers, so his father, who was the mayor of the village back then, decided to buy him a cane juicer and dedicated a small area of land for red cane cultivation.
Ali added that he has been dinking red cane juice even after its cultivation stopped in Egypt, so he was forced to ask a farmer from a neighboring city to allocate a small area of land to plant red canes. His son-in-law helped him in buying a modern juicer from China. He completely stopped eating or drinking anything that has water in it.
He pointed out that he is in good health and has not visited a doctor since 1960; he does not suffer from any illness despite his age.
He added that he had not faced any problem due to not drinking water. Even when he went to perform the hajj pilgrimage in Saudi Arabia, he took some red canes that he had cut in a special way and juiced them in Mecca and Madinah.
Gneish added that he is living a normal life and his kidneys have not been affected at all. He thinks he is perhaps healthier than those who are younger than him.
Al Arabiya English cannot verify Gneish’s medical claims, nor do we advocate such a lifestyle.