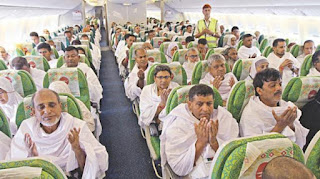 MUSLIM pilgrims to Saudi Arabia are finding it difficult to get US currency to pay for their trip.
Imtiaz Mohammed, who manages Hajj Umrah & International Tours Ltd, said the country’s hajj tour operators take approximately 400 Muslims to Mecca every year.
However, they have been raking and scraping to get US dollars from commercial banks to pay for hotel accommodation, meals, return airfare from London to Saudi Arabia, ground transport, hajj fees and tours to religious and historic sites.
Hajj Umrah & International Tours Ltd is among five TT hajj tour operators approved by the Ministry of Hajj in Saudi Arabia.
Mohammed said tour operators have been asked to pay foreign expenses which range between US$4,300 and $8,000 per person depending on the package chosen, and a total of US$3 million is needed from commercial banks yearly for the pilgrims.
Mohammed said, “The pilgrims have found this almost impossible to achieve, because the banks are not selling this amount to them. The unavailability of US dollars to the pilgrims and hajj tour operators effectively denies Muslims from observing one of the major pillars of Islam.”
Performing hajj is the fifth fundamental pillar of Islam, and is mandatory on every Muslim who possess the means.
Mohammed is calling on the government to intervene and make available US dollars specifically for hajj expenses only to the tour operators approved by the Saudi government.
He said, “The US dollars can be released to the commercial banks and the hajj tour operators can produce the necessary invoices and payments to the entities in Saudi Arabia.”
He expressed fears that many people would not be able to make the pilgrimage in July, if access to US currency from commercial banks is a mere $200 per week.
Culled from: Newsday