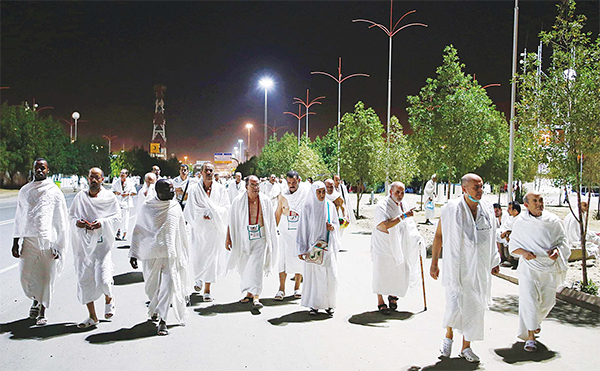 As the Central Bank of Nigeria continues to open foreign exchange windows to ease dollar access for various segments of the economy, the Association for Hajj and Umrah Operators of Nigeria has called on the apex bank to include its industry in its plan.
The association said that this would enhance business operations and make the observance of Hajj and Umrah less cumbersome.
The National President of the association, Alhaji Abdulfattah Abdulmajeed, made the call during the Biennial General Meeting of the South-West Zone of the association in Lagos on Tuesday.
He said such window would enhance funds transfer and reduce the risk of its members being charged for money laundering, among others.
Abdulmajeed, however, lauded the Federal Government for the role it was playing to enhance Hajj operations across the country.
He said, “To a large extent, we relate with the Federal Government because Hajj operation is a Federal Government affair. And in fairness, the Federal Government has been doing its best through the National Hajj Commission of Nigeria.
“We use to have challenges, and we are still having it with funds transfer especially for the Lesser Hajj. We’ve been in touch with the Central Bank of Nigeria. It’s not good in this century for people to carry money in what is called “Ghana-must-go bag”. The risk of being suspected for money laundering is there. There’s a need for a window to be opened for private operators so that we can source our foreign exchange and also transact business.”
The association’s leader formally inaugurated members of the new executive committee of the zone. The south-west zone of the association now has Alhaji Qasim Alabi as its Vice-President, succeeding Mr. Shehu Balogun.
Abdulmajeed enjoined members to establish cordial business relationships with airline operators in the interest of their customers.
He also advised the new exco members to embrace collaboration to move the association forward, urging them to keep the flag of the association flying in the face of challenges.
The association, he noted, had been able to reduce the activities of conmen and fraudulent practices in the business.
Source: Punch