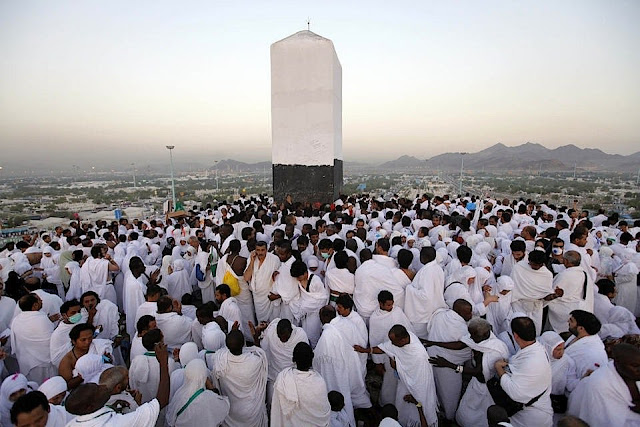 Vice President Dr Mahamudu Bawumia of Ghana said issues of Hajj are of great concern to government and measures are being put in place to simplify the acquisition of passports to ease the burden on pilgrims.
Speaking at the 23rd Annual Ramadan Conference in Wa on Saturday, the Ghanaian Vice President said government would introduce innovations into the Hajj system where Muslims could go onto the internet and book their flight to Hajj among other things.
The conference was on the theme: “Religious Tolerance, a means to National Development”.
Vice President Bawumia, who was the Special Guest of Honour, said the “Free Senior High School” programme would commence in September this year and appealed to Muslims to co-exist peacefully with one another so that their children would gain the maximum benefit from the programme.
On the creation of the Zongo Ministry and the Zongo Development Fund, Dr. Bawumia said with the allocation of 219 million cedis, the zongos would have something to depend on for their development.
He said government would make sure that the same amount was allocated to the Ministry every year to invest in education and women empowerment to create jobs.
Alhaji Yakubu Issahaku, the Upper West Regional Chief Imam, in a speech read on his behalf, raised concern about the deplorable nature of the Islamic Education Unit and pleaded with government to consider providing it with an office complex to enhance quality work delivery.
He appealed to government to provide the Wa Islamic Senior High School with a school bus, classroom and dormitory blocks and masters’ bungalows to enhance teaching and learning.
Alhaji Issahaku appealed to government to establish an Islamic nursing training college to cater for the training of the teeming youth in the region.
He expressed concern about some Muslim youth engaging immorality and other activities that contradicted the norms of society and called on Imams and preachers to intensify their education to change attitudes.
He advised them to incorporate topics on youth development and proper upbringing of children in their sermons and daily preaching to build a powerful human resource base for Ghana.