The Saudi Arabia’s Ministry of Hajj and Umrah has announced that more than 90 per cent of the economic Hajj packages have been sold so far, local media reported.

According to Dr Amr bin Reda Al Maddah, Undersecretary of the Ministry of Hajj and #Umrah for #Hajj and Umrah Services, this year’s Hajj packages are 30 per cent cheaper than it was before last year.

Al Maddah added that the domestic categories are divided based on the companies providing the service. The absorptive capacity will therefore be decided according to the type of service provided in the camp. 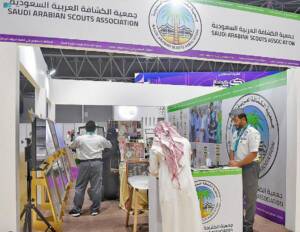 Earlier last week, the ministry said that domestic pilgrims have the option of paying for their Hajj packages in three instalments instead of paying the full amount upfront, as was previously required.

Each payment will have a separate invoice, and the Hajj status will become “confirmed” if payments are made on time. If payments are not completed, the reservation will be cancelled.

Saudi Arabia has also lifted all restrictions imposed on the Hajj pilgrimage after the coronavirus pandemic forced a downsizing of the annual event for three years.

The minister in charge of the Hajj, Tawfiq Al Rabiah, said that the numbers of pilgrims would return to pre-pandemic figures with restrictions, including age limits, being lifted according to the official Saudi Press Agency.

Before the pandemic, around 2.5 million Muslims from all over the world usually gathered every year for the Hajj, Islam’s largest congregation, in the holy city of Mecca.

In 2020, only a few thousand residents in the kingdom performed the Hajj under strict social distancing measures, and in 2021, around 60,000 residents took part.

Last year, around one million pilgrims performed the Hajj as it was opened again for Muslims abroad.