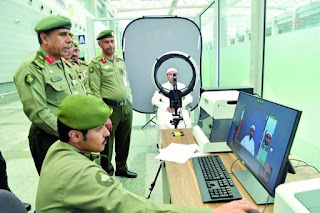 Hajj Reporters
The Bauchi state Muslim Pilgrims welfare board is set to commence the biometric data capture for intending Pilgrims on Monday at Makurdi road, beside BASEPA, GRA Bauchi.
A statement signed by the Information Officer of the Board Muhammad Sani Yunusa said the exercise targeted only those who paid up to One Million Naira as their deposits for the 2019 hajj.
According to the arrangement, Monday 18th to Tuesday 19th March, 2019, the exercise will feature intending Pilgrims who paid their hajj deposits at the headquarters of the Muslim Pilgrims welfare board in Bauchi.
The intending Pilgrims from the Local Government of Katagum, Zaki, Shira, Gamawa, Jamaare, Giade and Itas/gadau are expected to come for their biometric data  capture on Wednesday 20th March,2019.
The exercise scheduled Thursday 21st March, 2019 for intending Pilgrims from Ningi, Warji, Ganjuwa, Darazo, Danbam and Misau LGAs.
While those from Bauchi, Toro, T/Balewa, Alkaleri, Kirfi, Dass and Bogoro will come for the biometric data capture on Monday 25th March, 2019.
The statement called on all affected intending Pilgrims to come at the scheduled date,  this will go along way to give the National Hajj Commission of Nigeria (NAHCON) enough time to complete preparation for a hitch free hajj exercise.