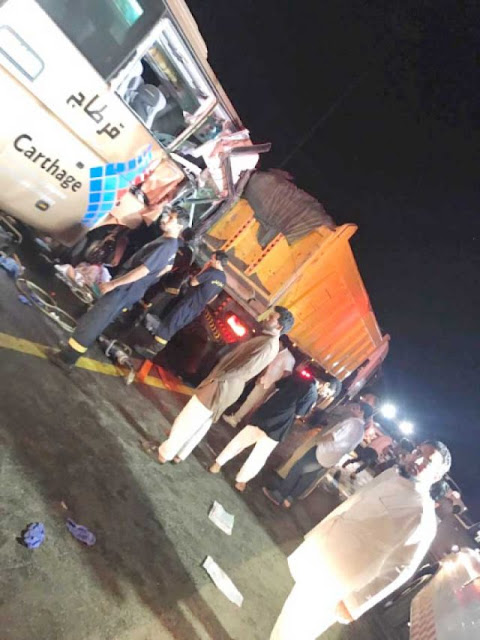 Three Pakistani pilgrims were killed and 25 were injured in a road accident on the busy Makkah–Jeddah highway early Saturday morning.
The bus carrying the pilgrims collided with a truck near Briman flyover when the pilgrims were on their way to the airport.
The injured were shifted to different hospitals in Jeddah by Saudi Red Crescent ambulances, according to Abdullah Abu Zaid, spokesperson of Saudi Red Crescent Society in Jeddah.
Hussain Nafae, director of ambulance services in Jeddah, was personally supervising the shifting of the injured.
The Pakistan consulate in Jeddah had no information about the accident and was waiting for details, according to official sources in the consulate.
Saudi Gazette