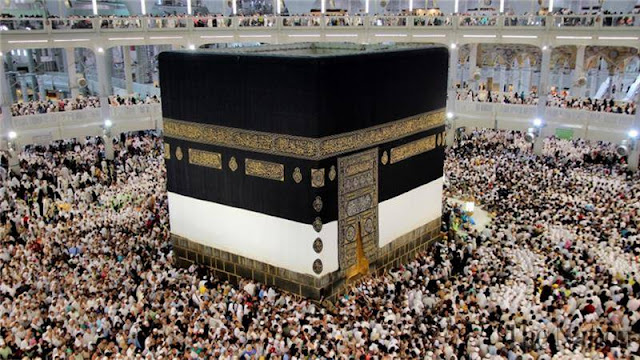 FCT Muslim Pilgrims Welfare Board has developed new security guidelines to safeguard the lives and property of Intending Pilgrims for this year’s hajj operation.

The Acting Director of the Board, Alhaji Shehu Abubakar disclosed this while declaring open a workshop for the security guards that will guard FCT hajj camp for hajj 2017 operation.

Alhaji Shehu stated that the new measures would ensure that intruders didn’t get access into the camp during the Camping exercise of the intending pilgrims “Only intending pilgrims who appear in their Uniform and display their Identity Card would be allowed to enter the camp premises after security checks during the camping exercise. Those without any business in the camp should stay off to avoid embarrassment, adding that the Board would do everything possible to actualize the dream of the FCT administration in ensuring hitch free hajj operation”

Alhaji Shehu disclosed that the Board has already communicated to the neighbouring states that utilize the facilities in the camp to enlighten their intending pilgrims on the new guidelines for the camping exercise.
He therefore urged the states in the zone (Nasarawa, Kogi and Benue states) to support the board’s strategy aimed at ensuring a secure camping exercise during this year’s hajj operation.

The Acting Director warned the security guards to be vigilant, smart and discharge their duties diligently as well as desists from any act capable of derailing the success of the operation In his remark, the Deputy Director external security of the Security Department of the FCTA, Alhaji Adamu stressed the importance of security in the entire operations.

He solicit for the provision of necessary tools and support for the security personnel to carry out their assignment considering the composition of the intending pilgrims that came from different background with their various needs.