Alhaji Zikrullah Kunle Hassan, the Chairman of National Hajj Commission of Nigeria (NAHCON) is in the Republic of Indonesia on the invitation of Indonesian (Sovereign) Hajj Fund Management Agency to mark its 4th International Hajj Conference. The conference came up on Friday, 7th October from 9:00 am to 4:00pm Indonesian time (-6 hours GMT). Alhaji Zikrullah participated as a discussant among a panel of four speakers who deliberated on the theme of the event; Digitalization and Inclusivity of Hajj Ecosystem. The one-day conference was organized as part of activities marking the Indonesian Sharia Economic Festival sponsored by Bank #Indonesia and BPKH (the Hajj fund management body of Indonesia).

While expatiating on the theme of this year’s conference, Dr Anggito Abimanyu, Chairman of Executive Board of BPKH) expressed confidence that digitalization has and will promote accountability in the management of Hajj funds whilst improving Hajj services. He called on participants to brainstorm on potentials of digitization of Hajj finance that are yet to be explored as well as sharing experiences on challenges. He urged every Hajj mission across the world to establish digital systems that would be a link to their operations to enable accessibility to services and finance. This, he said will promote connectivity through which the people will be main beneficiaries. Mr Abimanyu revealed that digitization of Hajj Fund management in Indonesia is providing equal access to people who might have been otherwise excluded.

Discussions during the 4th International Hajj Conference were held under two sessions. The first session where the NAHCON Chairman participated centered on digitization and inclusivity at government level. The afternoon session dwelt on Hajj and Umrah Digitalization and practicality for Tour Operators, Hajj Missions, and Financial Institutions. 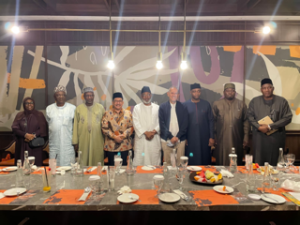 Responding to a question by the moderator, Alhaji Zikrullah Hassan agreed that Covid-19 has taught the world a new way of doing things through digitization. NAHCON having accepted this reality led to its program of digital transformation which is still being upgraded. He agreed that with digitalization, Hajj management can be better. On Hajj management fund system, Alhaji Zikrullah Kunle Hassan said under the Covid-19 lockdown, NAHCON rolled out the Hajj Savings Scheme and despite the challenges, the scheme was able to raise about N12m as investment in just two years. Therefore, if that amount could be gathered under Covid-19, there are prospects that more can be done under a vibrant economy. He commended the Indonesian Hajj fund management system, BPKH for stabilizing Hajj fare for five years consecutively and despite the covid-19 cash crunch, BPKH subsidized Hajj fare for its pilgrims up to 59%.

Alhaji Zkrullah identified key areas that Hajj management should improve on such as more collaboration among Hajj participating countries especially among those with numerical strength. He called for more cooperation among them so as to interface with Saudi Arabia on matters of negotiation and in contributing in the Hajj management system by way of exchanging ideas, getting timely information that would enable countries to plan for Hajj five years in advance etc.

NAHCON and BPKH thereafter signed a letter of intent to collaborate in matters of Hajj management. Also, an Indonesian digital app, IKHSAN was launched. The app involves Hajj and Hajj finance management in Indonesia.  Earlier, the NAHCON Chairman’s team met with his counterpart, Dr Abimanyu for an honorary reception.

A YouTube link for the program is provided below.