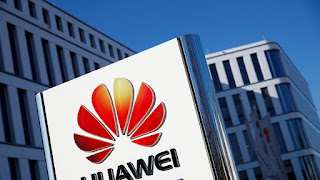 The agreement includes smartphone app development, as well as internet and TV channels
Huawei will work with Saudi on Hajj technology applications. Reuters
Saudi Arabia’s Ministry of Hajj and Umrah is to work with Huawei, the Chinese telecommunications and consumer electronics company, to develop smart technology.
The co-operation agreement was signed on the sidelines of Crown Prince Mohammed bin Salman’s visit to China. Under its terms, the ministry will work with Huawei on smartphone app development, as well as internet and TV channels. The agreement follows participation by the ministry and the kingdom’s General Investment Authority in workshops and meetings at the technology company’s headquarters.
It is hoped the deal will contribute to raising the level of digital services offered to visitors and improve the experience of pilgrims and Umrah visitors.
Smart Umrah technology will include digital transformation and infrastructure development, such as the construction of control rooms in Makkah and Madina’s pilgrim reception centres.
During the crown prince’s visit to the country, the kingdom is reported to have signed 35 economic deals worth $28 billion with China.
This weekend, Saudi Aramco agreed to form a joint venture to develop a $10 billion integrated refining and petrochemical complex in China, which will handle 300,000 barrels per day, as well as take a 9 per cent stake in another refinery.