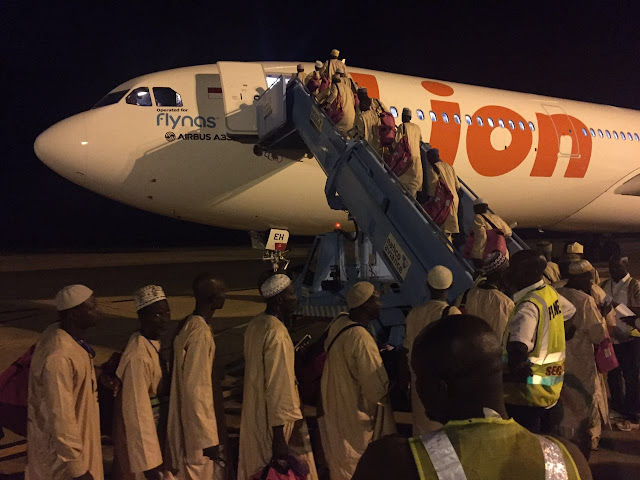 March 13, 2017  Latest News
The Adamawa State Muslim Pilgrims Welfare Board has commended the leadership of the National Hajj Commission of
Nigeria (NAHCON), for reforming its operation.
The Executive Secretary of the board, Malam Abdulrahaman Bobboyi, gave the commendation in an interview with the News Agency of Nigeria (NAN) on Monday in Abuja.
Bobboyi said that the innovations introduced by the commission’s Chairman, Alhaji Abdullahi Muhammad, had brought sanity into the management of hajj and umrah services in the country.
He recalled that due to the reform of NAHCON, Nigeria emerged as one of the best three countries during the 2016 hajj operation in Saudi Arabia.
“We are proud to be associated with the reform presently going on in the commission.
“Hajj exercise is becoming modernised, more sophisticated and ICT compliant.
“Innovations are being introduced under the present administration, one of which is the issuance of the license to state pilgrims’ boards and private agencies,’’ he said.
Bobboyi said the license would allow state pilgrims’ boards and agencies to operate on uniform platform, which is in line with
international best practice.
The executive secretary said that the Adamawa Pilgrims Board would implement the reforms with a view to ensuring hitch free 2017 hajj operation.
He advised the intending pilgrims to seek proper knowledge of hajj rites as well as the rules and regulations of Saudi authority.
Bobboyi also advised intending pilgrims to make provision for their spending while in holy land, saying “you should not just pay for hajj fare and go with empty pocket.
“Intending pilgrims should ensure that they make provision for extra spending after paying the hajj fare, to avoid over dependence on Basic Travel Allowance (BTA),’’ he said.
Source: Tribune