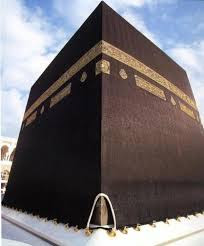 Iran on Monday sent a delegation to Saudi Arabia to discuss “regaining access to the annual pilgrimage to Mecca for its citizens“, Iranian Foreign Ministry Spokesperson, Bahram Ghasemi, said on Monday.
‘Mr. Ghasemi said the discussion was slated inspite of diplomatic tensions between the two countries‘.
Relations between the two countries reached a low point in 2016 when the Saudis banned Iranians from taking part in the Hajj, one of the five pillars of Islam. Hundreds of thousands of Iranians normally take part in the Hajj each year.
Mr. Ghasemi added that the first official talks between representatives of the Iranian Hajj Organisation and the Saudi side are expected to take place on Thursday.
Riyadh and Tehran have both indicated that they would like Iranians to rejoin the Hajj this year.
Iranians are from the 10 per cent minority of the world’s estimated 1.2 billion Muslims who are Shiite, while the Saudis belong to the 90-per-cent Sunni majority.
Relations were broken off by Riyadh in January 2016 when a mob stormed the Saudi embassy in Tehran after the Saudis executed 47 people, including a Shiite cleric revered in Iran.
The two countries also support opposite sides in the Syrian civil war.