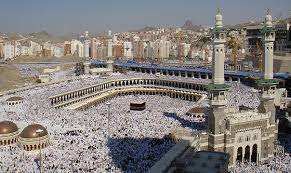 “Over 5,000 intending Muslim pilgrims have so far registered with the Kaduna State Muslim Pilgrims Welfare Board”.
The Board last month commenced the registration of intending pilgrims for this year’s pilgrimage to Saudi Arabia in all the 23 Local Government Areas of the state.
The Assistant Director, Public Relations of the Board, Yunusa Abdullahi, in an interview with our reporter on Thursday in Kaduna, said more than 90% of the registered intending pilgrims are farmers.
He said Urban Local Governments like Kaduna North, Kaduna South, Zaria and Kafanchan are yet to fill their 500 maximum quota, “but many rural LGAs like Kubau registered 496 and Soba registered 498. Lere LGA has registered 500 as against 310 last year.”
He said even though the maximum any Local Government registers is 500, “that does not mean we cannot register more than that. The extra will be moved to another LGA that has not filled its quota.”
He said the Board is currently registering based on 2016 allocation from National Hajj Commission of Nigeria (NAHCON), as they await the official allocation for 2017.
The Assistant Director said 5,575 performed last year’s hajj.
“This year all pilgrims must have a guarantor to prevent cases of abscondment and other misbehaviours,” he said.
Abdullahi added that, the board will also commence the weekly enlightenment programme by Saturday, which will last for five months.
He said special emphasis will be on enlightening pilgrims against drug and Kola nut trafficking, attitudinal and behavioural changes as well as on how to use other modern facilities.
Abdullahi also said the pilgrims will be trained on critical issues of relationship with fellow pilgrims, issue of handling money, how to avoid getting lost and how to maintain close contact with companions.
“All these will be followed up with practical hajj demonstration to the pilgrims.
Attendance will be compulsory for both new and old pilgrims,” he said.
Intending pilgrims paid a minimum deposit of N800,000 in a designated bank account, pending the announcement of hajj fares by the NAHCON.
Source:News Express
Hajj News

IN DETAILS: WHAT THE HAJJ SAVINGS SCHEME IS AND WHAT IT IS NOT

IN DETAILS: WHAT THE HAJJ SAVINGS SCHEME IS AND WHAT IT IS NOT

Comments Off on Kaduna State registers 5,000 intending pilgrims for Hajj 2017.