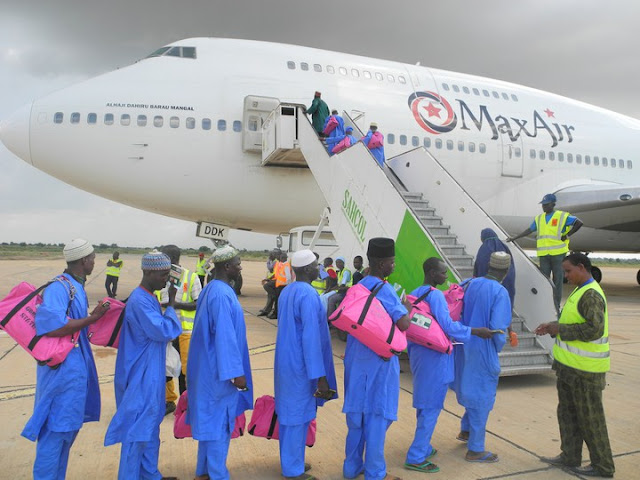 The Secretary, Nasarawa State Muslim Pilgrims Welfare Board, Abubakar Nalarabe, has appealed to the Federal Government to subsidise hajj fare.
He made the appeal on Sunday in Lafia during the orientation programme organised by the board for prospective pilgrims from the state.
He urged the government to come to the aid of intending pilgrims in view of the high exchange rate and the economic situation in the country.
Mr. Nalarabe noted that those who participated in the 2016 pilgrimage paid N1,050,000 (one million, fifty thousand naira) as fare, adding that the fare had gone up to N1.5 million.
He said that all the 1,860 seats allocated to intending pilgrims from the state for the 2017 pilgrimage were yet to be paid for even after the expiration of the June 10 deadline for payment.
He added that the deadline had been extended by one week and called on Muslim faithful to ensure that all the seats were paid for.
The secretary said that the orientation programme was organised to sensitise intending pilgrims on the rules and regulations guiding Hajj operation.
He advised the intending pilgrims to beware of fraudsters, who might want to use the name of the board to dupe them, adding that they should verify information from the board.
He also urged them to be security conscious and report any suspected person or persons to the board.
Earlier, Aliyu Ogah-Onawo, the Andoma of Doma, who chaired the occasion, urged the intending pilgrims to be good ambassadors of the state by obeying the laws of Saudi Arabia.
He explained that pilgrimage is not for tourism or luxury but to
worship Allah.
He urged the intending pilgrims to be orderly during the stoning of the Devil to avoid stampede.
The News Agency of Nigeria reports that the orientation programme featured lecture by an Islamic Cleric who warned the prospective pilgrims not to carry charms, kola nuts or drugs to Saudi Arabia.
Premium Times