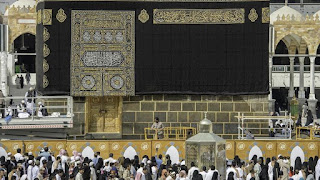 KARACHI: The Sindh High Court (SHC) has directed concerned authorities to make immediate arrests of absconding travel agency’s owners of the ‘Al-Hashmi’ travel agency involved in Hajj fraud case, ARY News reported on Wednesday.
The high court was hearing a multi-million Hajj fraud case against the tour operator who had scammed 271 people reportedly made payments for performing the rituals.
The petition stated that the travel agents have not sent the people despite receiving million in term of Hajj fees.
Federal Investigation Agency (FIA) officials apprised the high court that the travel agents, Abbas Naqvi and Ghulam Shabbir, were absconding while the other two nominated persons, Rehan and Naeem, have been arrested.
The intelligence agency further briefed that two nominated persons including Rehan and Naeem were currently under custody while Jehangir, Furqan and Saad have been released on bail.
Moreover, a counsel of Al-Hashmi travel agency told the SHC judge that a case against the accused person was also under proceeding in judicial magistrate court. The counsel also submitted Rs2.1 million pay order in the Sindh High Court.
The high court directed authorities to immediately arrest owners of the travel agency besides freezing their bank accounts and national identity cards.
Concerned authorities have been directed to produce the absconding persons in the case on March 21.
ARY NEWS