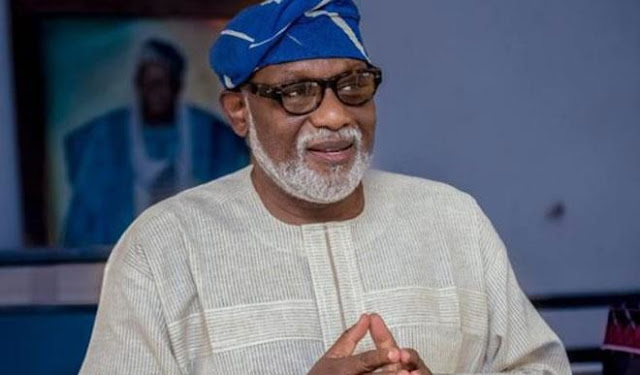 Ondo State Governor, Akerelodu
THE Ondo State Muslim Welfare Board on Saturday said that 302 slots had been allotted for intending Muslim pilgrims in the state for the 2017 Hajj.
The Chairman of the board, Alhaji Khaleel Fawehinmi, disclosed this to newsmen in Akure.
“A total of 302 Hajj slots are  allotted to the state while successful intending pilgrims are expected to leave the state by middle of  August, 2017,’’ he said.
According to him, the screening of the pilgrims would hold on July 8 at the board’s Alagbaka, Akure, office at 8.a.m.
The chairman, who said all the 302 slots were self-sponsored, called on the intending pilgrims to adhere to the directive given by the National Hajj Commission of Nigeria (NAHCON).
“ The National Hajj Commission has directed all intending pilgrims to the holy land in Saudi Arabia to complete the payment of their Hajj fees before Wednesday,  July 5,’’ he said.
The News Agency of Nigeria (NAN) reports that NAHCON had announced N1.5 million as fare for the 2017 Hajj.
Tribune